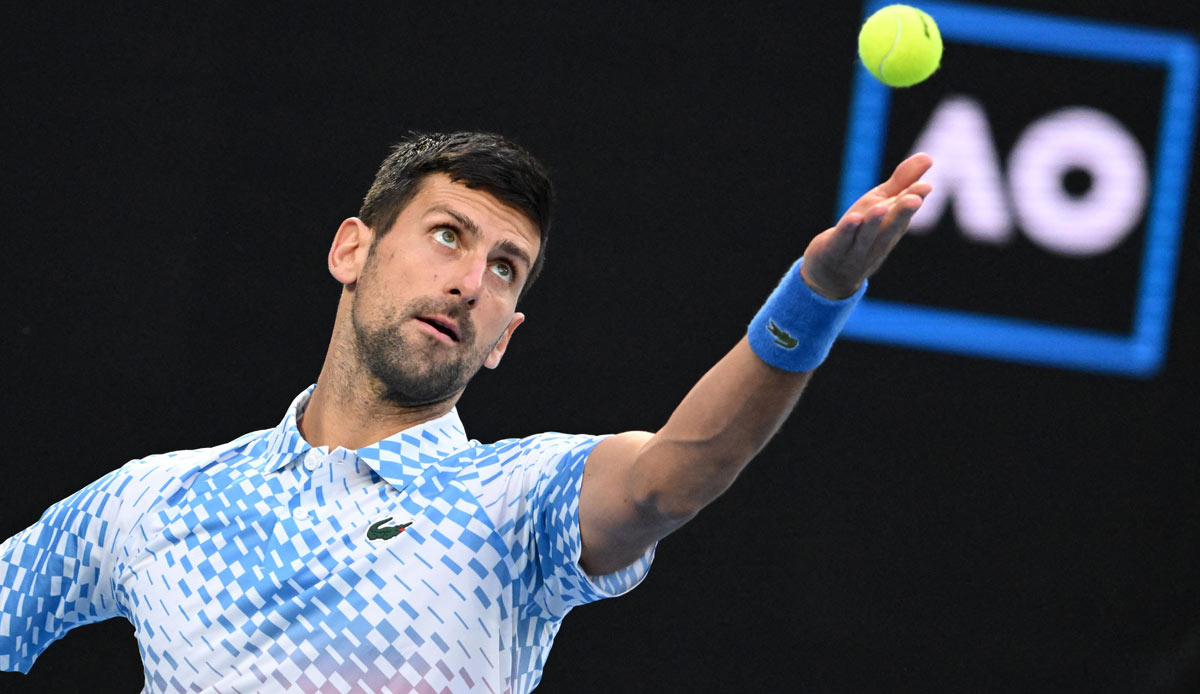 Iga Swiatek has long been eliminated – but the Polish fans can once again celebrate a semi-finalist in a Grand Slam tournament. For men, Tommy Paul wins the American duel against Ben Shelton. It’s Novak Djokovic’s turn in the night session.

Magda Linette continues to cause a stir at the Australian Open, already achieving her best result in a major with a 6-3, 7-5 win over Karolina Pliskova. The 30-year-old unnerved her opponent, who also made too many simple mistakes.

“It’s so emotional, I can hardly believe it, I’m super grateful and happy,” said Linette after her success: “I won’t forget that for the rest of my life.” She now meets Belarusian Aryna Sabalenka, who did not lose a set in her ninth match this year. The 24-year-old won 6: 3, 6: 2 against Croatian Donna Vekic and is still aiming for her first major title. “It feels special here,” said Sabalenka.

For Pliskova it remains with two finals at Grand Slam level. In 2016 she was in the final in New York, five years later in Wimbledon. The strong Linette, on the other hand, continues to dream of the big surprise coup in Melbourne. She is the third Polish semi-finalist at the Australian Open since professional tennis was introduced in 1968.

Australian Open: Tommy Paul wins US duel and is in the semifinals in Melbourne

Tommy Paul is the first American to reach the semifinals of the Australian Open in 14 years. The 25-year-old from New Jersey won the quarter-final duel in Melbourne against his compatriot Ben Shelton, who was almost five years his junior, on Wednesday 7: 6 (8: 6), 6: 3, 5: 7, 6: 4. Andy Roddick was the last US professional to reach the last four in 2009.

“Everyone who starts tennis dreams of making it to the second round of a Grand Slam,” said Paul: “Ben will still have many of these matches ahead of him.”

Overall, Paul is the 45th American to reach a major semifinal since the inception of professional tennis. Previously, a place in the round of 16 in Wimbledon last year was his best result on the biggest stage so far. Now down under he meets title favorite Novak Djokovic from Serbia or Russia’s Andrey Rublev.

Men’s tennis is currently experiencing an upswing in the USA. In the post-tournament world rankings, ten professionals from the United States will be ranked in the top 50, nine of whom are 25 years old or younger. “We push each other, not just in terms of results, but also by talking and helping each other,” said Paul.

Andreas Mies missed the semifinals in doubles in Melbourne. The specialist lost alongside Australian John Peers in the quarterfinals to the Spanish-Argentinian team Marcel Granollers/Horacio Zeballos 4: 6, 7: 6 (7: 2), 2: 6.

For Mies it was the first Grand Slam event after separating from his long-term partner Kevin Krawietz, with whom he reached the round of 16 at the Australian Open last year. At the end of the 2022 season, the two-time French Open winners announced the end of their collaboration. Krawietz will play with Frankfurter Tim Pütz in the future.

“I’m more than happy with how things have started now,” Mies said after reaching the quarterfinals at the Australian Open: “We want more.”

Australian Open, day 9: The quarter-finals matches at a glance