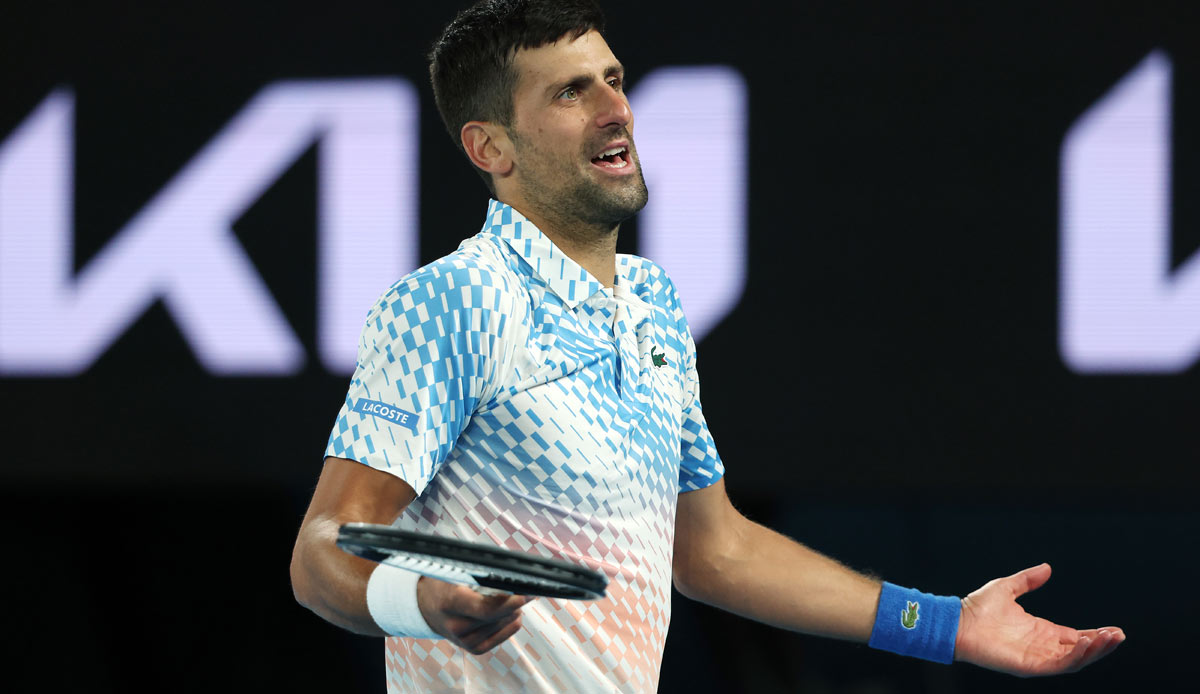 An incident involving the father of title favorite Novak Djokovic is causing a stir at the Australian Open: after his son’s semifinals in Melbourne, Srdjan Djokovic was filmed with fans displaying a Russian flag and pro-Russian symbols.

The incident happened after the 6: 1, 6: 2, 6: 4 victory of the Serbian title favorite Novak Djokovic against the Russian Andrei Rublev on a staircase to the Rod Laver Arena. Tournament organizer Tennis Australia wrote in a statement: “Players and their teams have been made aware of the rules regarding flags and symbols and have been reminded to avoid any situation that could lead to disruption. We continue to work closely with the security and law enforcement agencies together.”

Ukrainian Ambassador to Australia and New Zealand Vasyl Myroshnychenko tweeted “shame” over the video, which was posted on a pro-Russian Australian YouTube account. “It’s the complete package,” Myroshnychenko wrote. “In addition to Serbian flags, there are: a Russian flag, Putin, the Z symbol, the flag of the so-called Donetsk People’s Republic.”

The organizers had previously confirmed on Wednesday evening that four people had been interrogated by the police. Tennis Australia wrote of “inappropriate flags and symbols” in a statement on the incident. The well-being and safety of everyone is a priority and we are cooperating closely with the security forces and authorities.