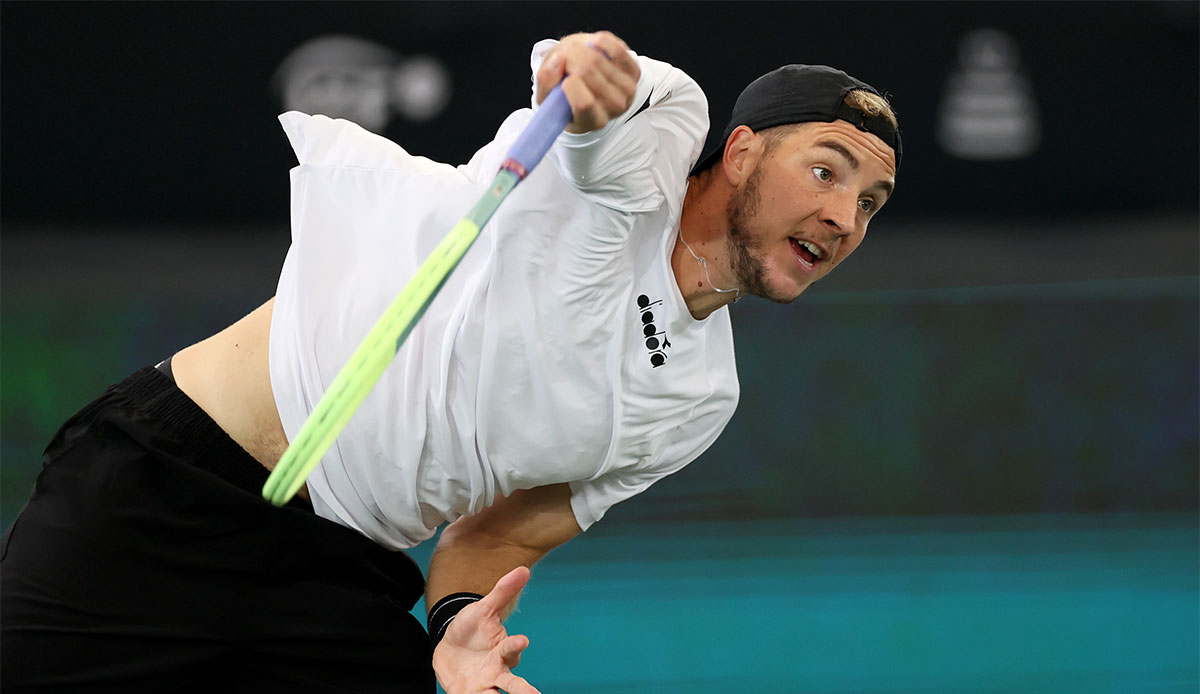 The German tennis team meets Canada today as part of the Davis Cup. SPOX ticks the encounter in the quarter-finals of the tournament live.

This article will be continuously updated. Click here to refresh the page.

Davis Cup, quarter-finals: Germany vs. Canada NOW in the live ticker – before the start

Before start: Difficult year for Struff! Jan-Lennard Struff has repeatedly struggled with injury problems this year. The 32-year-old broke his toe and was not in good shape for a long time. “I didn’t have a good year,” said the Warsteiner in Malaga, looking back. In the Davis Cup, Struff still delivered and won all three singles in the group games in September. Most recently, he was also able to gain self-confidence by reaching the final at the Challenger tournament in Bergamo. In addition, Struffi has good memories of his opponent today. The German won five of eight games against Denis Shapovalov.

Before start: Strong group stage! In fact, the German team has shown in the recent past that it can also annoy the big ones. Last year Serbia and Great Britain were defeated, this time the DTB selection prevailed in the group phase, also without Sascha Zverev, with three wins against Australia, France and Belgium. Canada made it a lot more exciting and came in second behind Spain and ahead of the tied Serbs.

Before start: Start delayed! Since the game between the USA and Italy is still ongoing, the start of the German game will be delayed a little. The decisive double between Jack Sock and Tommy Paul as well as Fabio Fognini and Simone Bolelli is currently running in Malaga. The Italians won the first set.

Before start: Germany in the outsider role! On paper, the German team is the clear underdog. While the DTB top star Alexander Zverev is still injured, the Canadians are sending two top 20 players into the race with Denis Shapovalov and Felix Auger-Aliassime. Michael Kohlmann’s team with Tim Pütz and Kevin Krawietz, who are still unbeaten in the Davis Cup, would certainly have a good chance in a possible decisive doubles match, but that has to happen first. “Of course we’re not the favorites as far as the ranking is concerned. But we’ve proven several times in recent years that we can also beat higher-ranked teams,” said Kohlmann in advance.

Before start: The first individual match starts at 4 p.m. in Malaga, Spain.

Before start: Hello and welcome to the Davis Cup Quarterfinals between Germany and Canada.

All matches against Canada are offered live on free TV today. The private broadcaster takes care of the transmission ServusTVwho also participates in the free live stream ServusTV On which delivers live images from Spain.

The streaming service also offers DAZN a live stream for the duel with Canada. However, if you want to call it up, you need a subscription that costs either 29.99 euros per month or 274.99 euros per year.

Davis Cup: The teams of the two nations