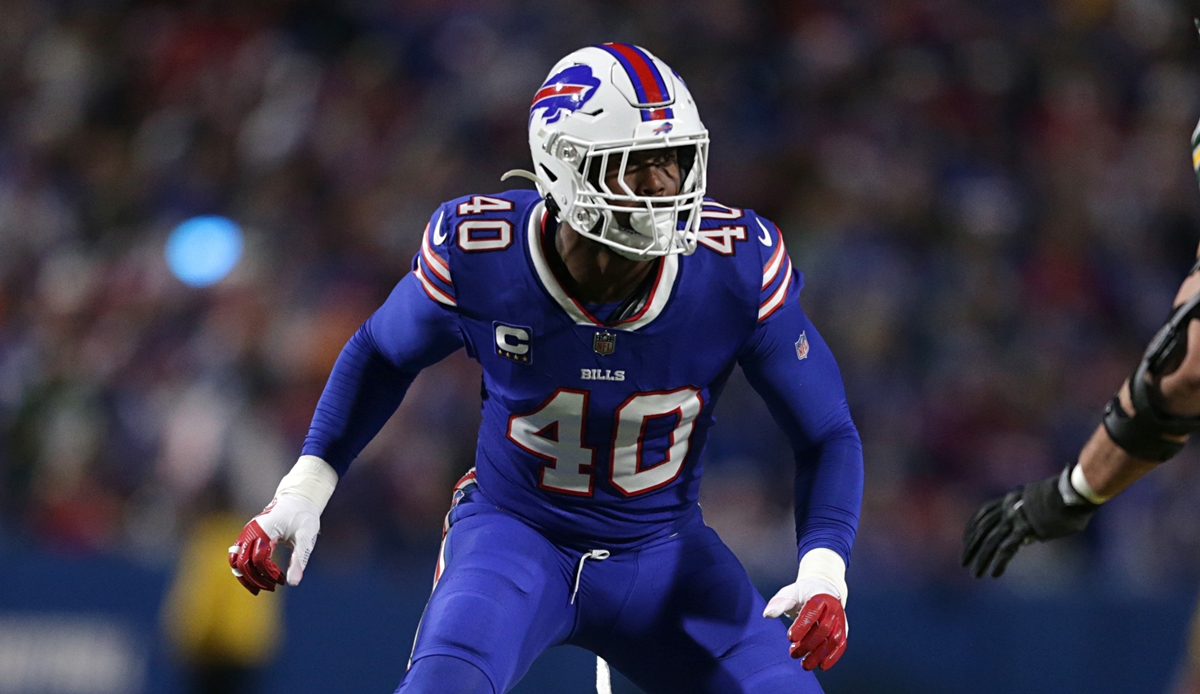 Pass rusher Von Miller injured his knee during the Buffalo Bills’ Thanksgiving game against the Detroit Lions. The Bills star first had to be treated on the field and, after further examinations, carted into the dressing room. He was quickly reported as a failure for the rest of the game.

The injury came during a Lions red zone trip when the score was 14-7 to Buffalo. On the first try at the 16, Miller made his way inside to quarterback Jared Goff. He got through behind the offensive line, but Lions center Frank Ragnow stumbled backwards in his duel and fell in Miller’s legs.

Particularly bitter for the Bills: With Gregory Rousseau and AJ Epenesa, they were already missing two other pass rushers in the game against Detroit – both with ankle injuries. This left Buffalo with just two healthy nominal defensive ends in Boogie Basham and Shaq Lawson in a position that normally sees a lot of rotation.

Von Miller has had another outstanding season so far. With eight sacks and ten tackles for loss in his first ten games, he caused a lot of problems in his opponents’ backfield.