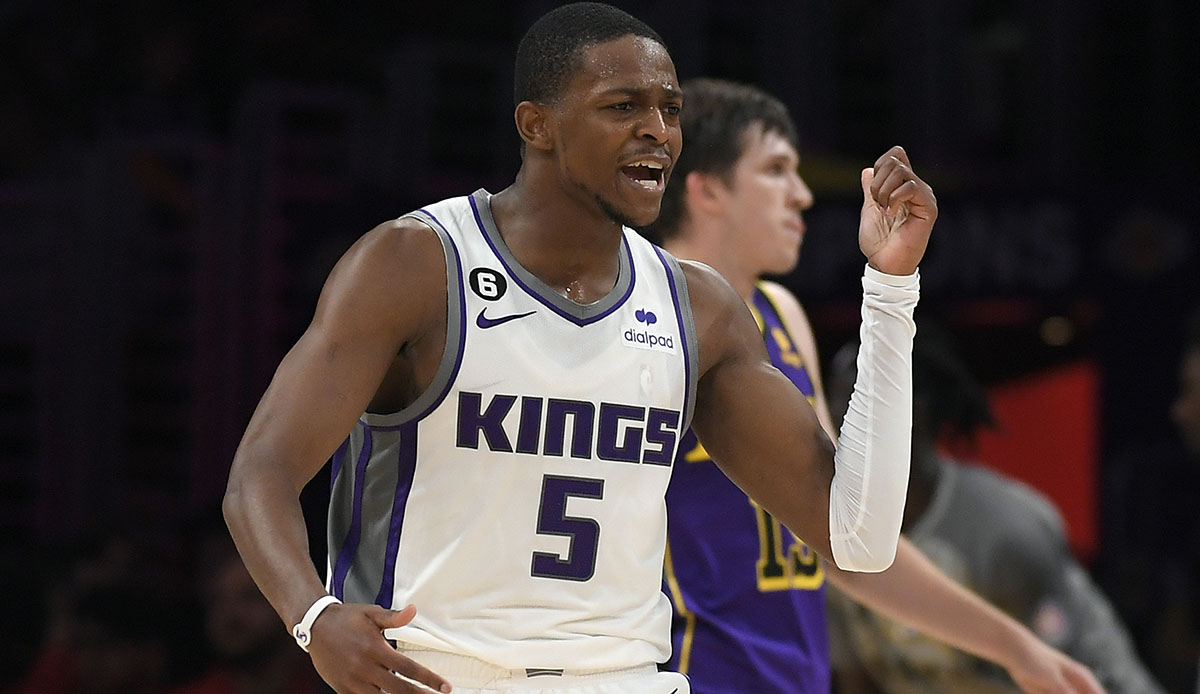 The Sacramento Kings faltered in the first few weeks of the season, but things have been going well ever since – the California franchise has currently won seven games in a row. Are De’Aaron Fox & Co. really that good all of a sudden?

The world was different 18 years ago. George W. Bush had won the US elections for the second time, Eric Prydz’s “Call On Me” topped the German November charts and LeBron James was just starting his second season in the NBA. In Sacramento, Chris Webber and Peja Stojakovic started a season together for the last time before this iconic duo broke up in February.

It’s been a long time, which is made clear by the fact that today’s Kings rookie Keegan Murray was four years old at the time … and that it seems almost inconceivable today that the Kings were once (regularly) among the best teams in the league . Although their best years were already over in 2004, this season nevertheless ended with a playoff participation, the seventh of eight in a row.

On November 26, the Kings clinched their seventh consecutive game by beating the Lakers in what would remain their longest streak of the season. And it was supposed to take 18 years before the franchise, which had been suffering since then, was able to set up such a series again.

A new era has dawned. After the narrow victory at the Memphis Grizzlies, the 22/23 Kings are at 7 in a row – and thus also in the currently longest winning streak in the NBA. Sacramento has the hottest team in the league. Light the Beam!

First of all: The game plan certainly didn’t harm the Kings in this series. Before the Memphis game, five of the six wins were home games, and Atlanta will have a difficult task tonight. Time will tell if the series lasts there, of course it won’t last forever. Either way, there are reasons to hope that the Kings’ soaring will not have to remain a flash in the pan.

The development of this team seems real – at least on the offensive. Here the Kings had even briefly overtaken Boston and were on course for the best rating in NBA history before cooling off a bit against Memphis. 118 points per 100 ball possessions are still an announcement, over the series it was even 126 points.

No game demonstrated her offensive potential like that against Brooklyn, her first on TNT home game shown since 2018 in which the Kings scored 153 points. “We need more games on TV,” announced Terence Davis afterwards. One could only agree with that.

Sacramento Kings: All wins in the streak

Kings: The two-man game at the center

The Kings play a very nice basketball that spreads across many shoulders. The starting five (De’Aaron Fox, Kevin Huerter, Harrison Barnes, Murray, Domantas Sabonis) are loud with a net rating of +22.4 cleaning the glass among the best lineups in the NBA, Malik Monk and Davis in particular bring additional firepower from the bench.

The focus is on the two-man game of Fox and Sabonis – the center is, as before in Indiana, an excellent pick’n’roll big that mercilessly exploits mismatches in the post, but above all can act as a facilitator. Sabonis is the best passer on the team, always finding the cutters on the way to the basket or the shooters on the line of three.

No team is more successful after dribble handoffs, and Sabonis has played a huge part in that with his screens and passes. He’s a very good partner for Fox in particular, who alongside Sabonis seems finally to be making the leap to All-Star that the point guard has been expecting for a number of years.