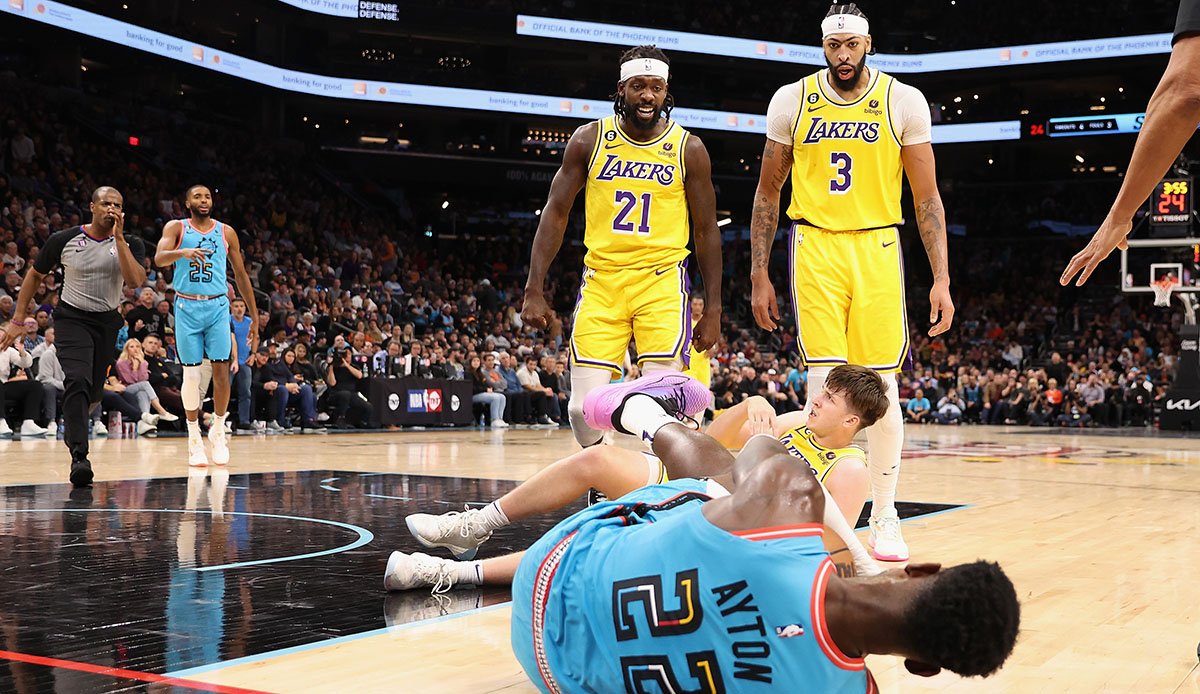 Los Angeles Lakers’ Patrick Beverley has been suspended for three games for shoving Deandre Ayton. This was announced by the NBA on Thursday.

In the Lakers game against the Phoenix Suns, Beverley knocked the center down from behind. Ayton had previously made a point of standing over Beverley’s teammate Austin Reaves, who had been fouled by Devin Booker. “I’m protecting my teammates,” the 34-year-old explained afterwards.

He has now been suspended for three games, also because of his “history of unsportsmanlike actions,” as the NBA statement said. Beverley expressed remorse after the game and said it was an unprofessional move now he made fun of the announcement of the lock on Twitter.