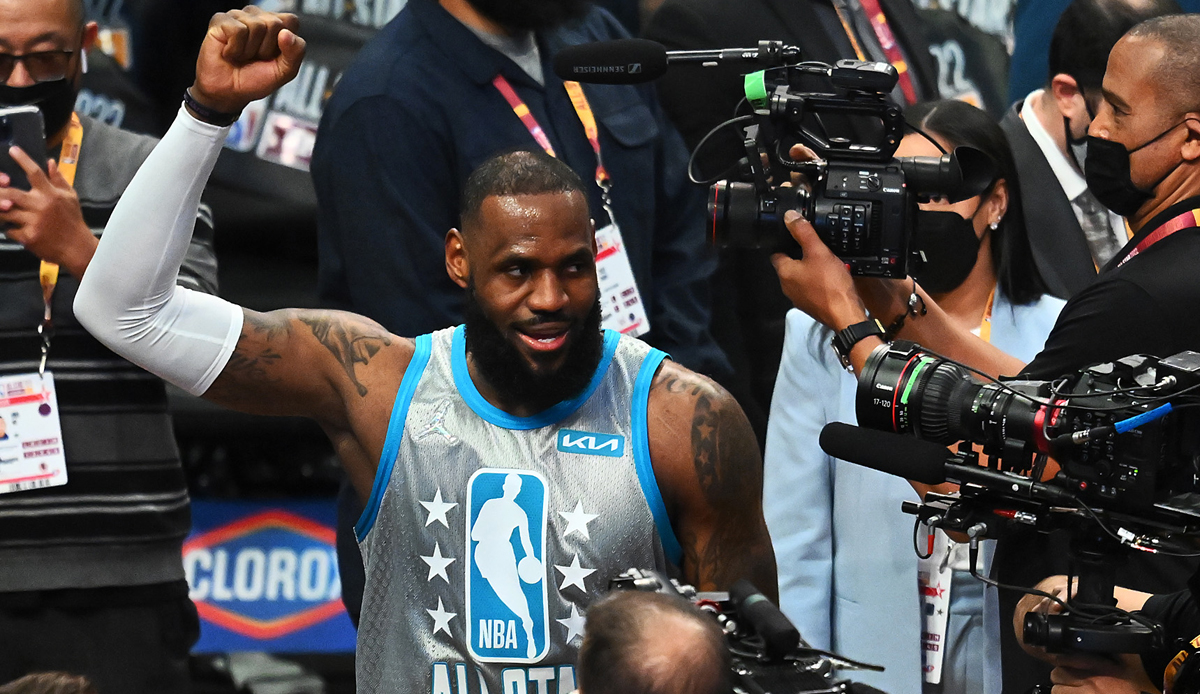 The NBA announced an update to the All-Star Draft on Tuesday. Instead of having their own TV show as in previous years, in 2023 the two All-Star teams are to be put together by the two team captains as part of a live draft shortly before the tip-off of the All-Star Game.

As usual, the two players who received the most votes in fan voting in their respective conference will act as team captains. According to the latest standings, LeBron James leads in the Western Conference and Giannis Antetokounmpo in the Eastern Conference. However, Kevin Durant still has chances for the captain’s honor in the east.

The results of the fan voting as well as the final All-Star starters, which will be voted 50 percent by the fans, 25 percent by the players and 25 percent by the media representatives, will be announced next Thursday. The announcement of the reservists for the All-Star Game will take place a week later on February 2nd.

James has been one of the two team captains for the first five years since the new format was introduced and has won every game with his teams to date. Antetokounmpo was elected team captain in 2019 and 2020, with Durant the following two years. The Nets star is currently absent injured, but he has already announced with regard to the All-Star Game: “I want to play, I want to be a part of all these events.”