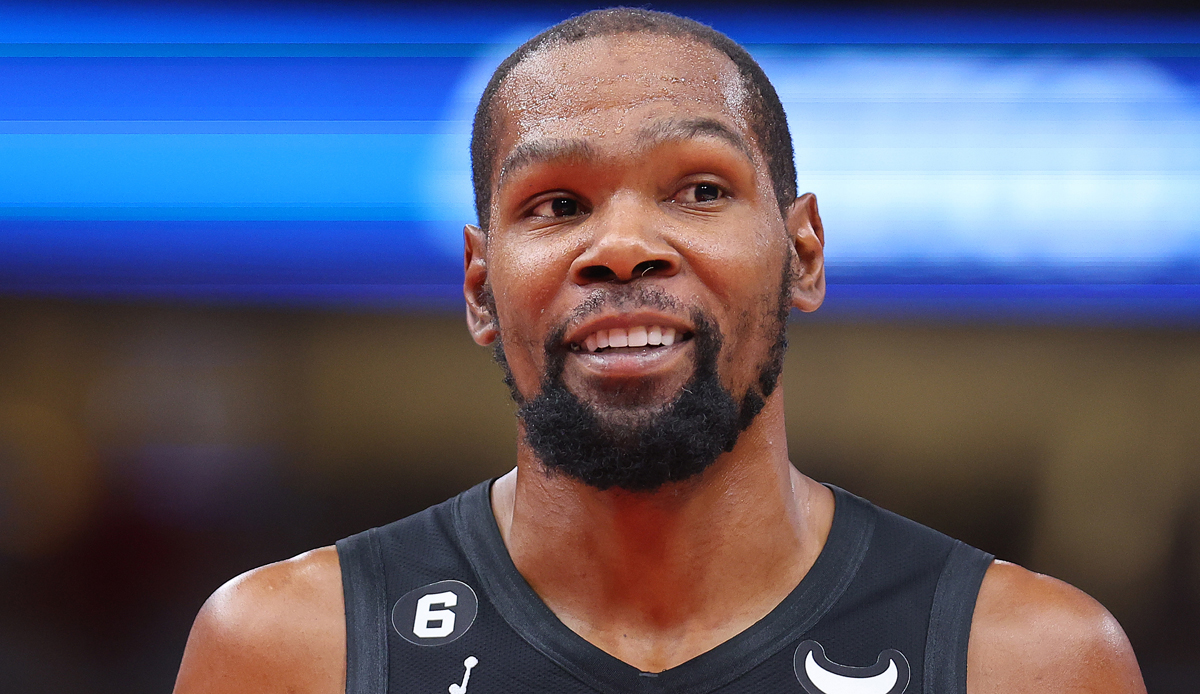 Kevin Durant has confirmed in an interview that his trade request from the summer left no lasting damage inside the Brooklyn Nets dressing room. Once he decided to return to the Nets and the start of the season loomed, Brooklyn put the offseason drama behind him.

“We cleared everything out in front of the camp and everything was fine,” Durant explained in one go detailed interview with ESPN. “Nothing got in the way of actual basketball.”

The 34-year-old had demanded a trade from the Nets in the summer of 2022 and repeatedly substantiated this demand. Durant is said to have given team owner Joe Tsai an ultimatum, either head coach Steve Nash and general manager Sean Marks should be fired or he himself should be traded. However, the Nets refused to part with their superstar.

At the end of August, the parties then agreed on further joint cooperation. In the past, however, a star’s trade demands usually resulted in a torn tablecloth, ESPN-Journalist Nick Friedell, speaking to KD, mentioned, for example, the situations surrounding James Harden in Houston, Jimmy Butler in Minnesota and Anthony Davis in New Orleans.

“But that was during the season,” Durant countered. With him, on the other hand, it was just a “summer thing”. “We didn’t play games back then. It didn’t interfere with our day-to-day work on the court. My team-mates didn’t have to be asked about it after every game or after every training session.” The team was able to put the drama behind them in time for the start of the season.

In September, Durant explained his trade request with doubts about the future direction of the franchise at the time: “Last year this team was surrounded by a lot of uncertainty. You saw what happened with our season. Players were sometimes in the lineup and sometimes not, injuries … there were doubts about the next four years of my career.” He was also apparently not happy with Coach Nash, who was fired after just seven games after a poor start to the 2022/23 season.

In the meantime, however, the Nets have worked their way up to second place in the Eastern Conference, with Brooklyn having won 13 times in their last 14 games. Durant himself is probably playing the best basketball of his career, averaging 29.9 points, 6.7 rebounds and 5.5 assists with shooting rates of 56.8 percent from the field and 36.9 percent from beyond the three-pointer line.