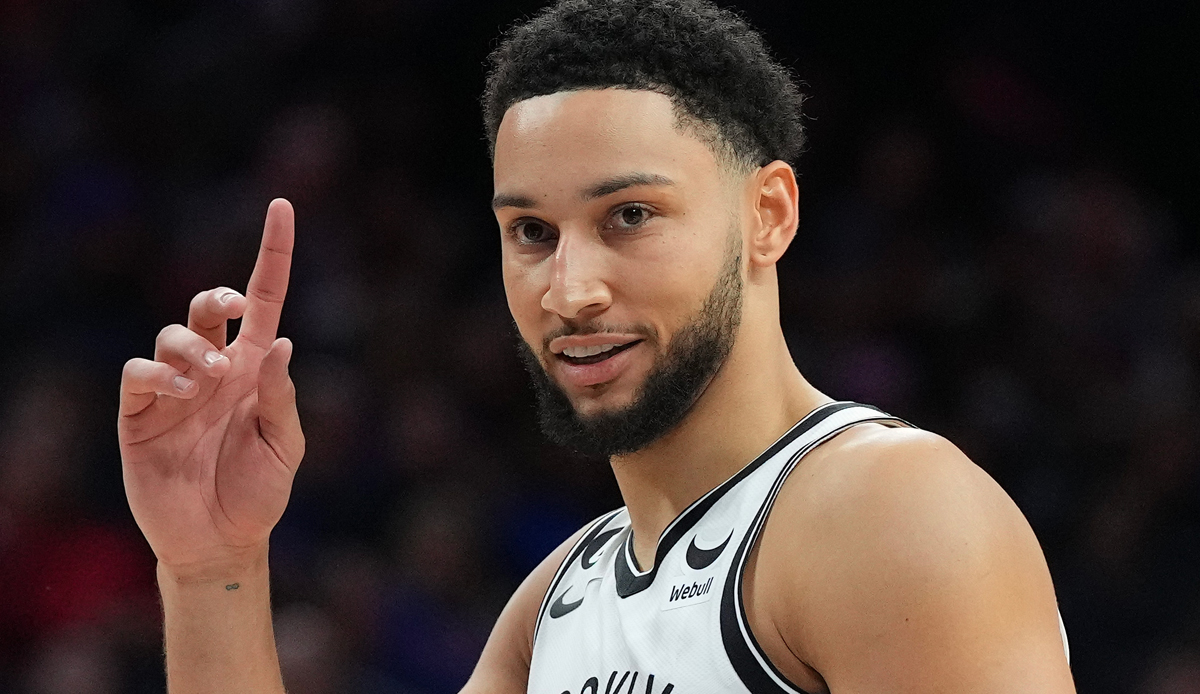 As expected, Ben Simmons was greeted with boos upon his return to Philadelphia. The former Sixers star took it in good humour, earning praise from coach Jacques Vaughn.

“I honestly thought it was going to get louder,” Ben Simmons said of the reception he was given by Sixers fans after his Brooklyn Nets’ loss at the Philadelphia 76ers. Unsurprisingly, the crowd at the Wells Fargo Center booed every time the Australian touched the ball, but he seemed unfazed.

Simmons was very aggressive at the beginning and initiated an early 10:2 run for the guests. In the end, it was 11 points and 11 assists for the former top pick, but like in the Sixers’ days, he dropped massively in the second half and remained without a field goal and without points in the fourth quarter.

In contrast, things went better in the first half of the 106:115 defeat. Simmons called a flagrant foul, tapped his finger on the mouth toward the fans and after a layup shrugged in Michael Jordan styleafter hitting two free throws in a row. He later gave out two in a row, which delighted fans as they got free chicken.

Ben Simmons: Boos will come back

“I’m fine with myself,” said Simmons, who also struggled with mental problems last year. “I’m happy because I can do what I love. To be able to play here and see it is an amazing experience.” Coach Jacque Vaughn was also satisfied with Simmons. “He wanted to attack, was aggressive and I thought his game had a lot of potential. It will do him good that he has now had this experience and was able to put it behind him.”

In just over two months, the Nets are back in Philadelphia. However, Simmons doesn’t think anything will change then. “I think that will always be the case here from now on. I don’t really see that ever changing.”

The Nets remain tenth in the Eastern Conference after the loss. With a record of 8-10, the gap to a direct playoff place is already 2.5 games.