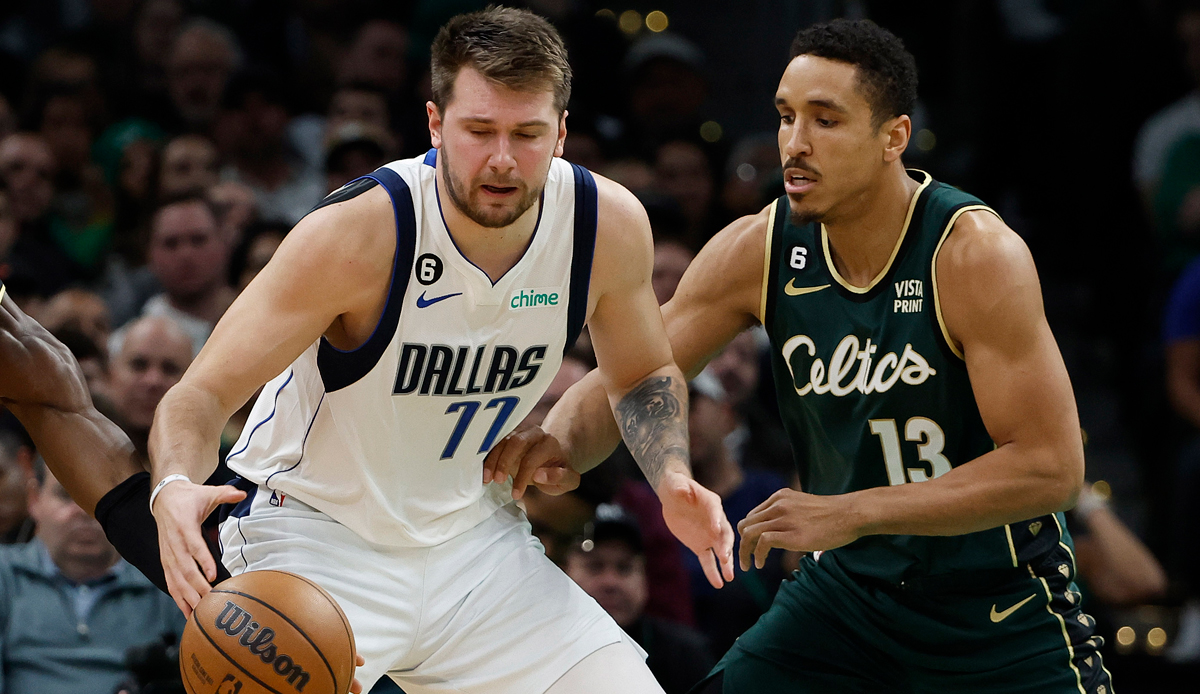 The Dallas Mavericks lost 112-125 to the Boston Celtics. Luka Doncic scores as he pleases, but a temporary deficit of 27 points cannot be made up. Jayson Tatum and Jaylen Brown tower for Boston.

The duel between the two MVP candidates kept what it promised. Jayson Tatum led the Celtics to victory with 37 points (11/24 FG) and 13 rebounds, the Celtics star set in the closing stages a real exclamation point with a block against Luka Doncic. Previously, the Slovenian had been able to do whatever he wanted. Doncic ended the game with 42 points (17/27 FG), 8 rebounds and 9 assists, but Boston accepted this because their teammates hardly posed any danger.

Christian Wood (26, 10/14, 12 rebounds) only thawed after the break, but made three offensive fouls, some of which were very stupid. Spencer Dinwiddie had 15 points. Tatum had significantly more help. Jaylen Brown put up an efficient 30 points (13/18) and was there at a critical point in the fourth quarter. In addition, all role players scored reliably from distance, as a team the hosts sank 17 of their 34 three-pointers.

Tatum was doubtful with an ankle injury before the game, but there was absolutely no sign of that. The first few minutes consisted almost entirely of Tatum and Doncic ISOs. Both didn’t take much here, the difference was that Tatum had more support. Brown aggressively looked for the basket, resulting in a 20:5 run. Doncic continued to do his thing and quickly had 15 points, but Boston still led 34:23.

And the hosts continued to do the same. The Celtics seemed a lot more determined than they were against Chicago and played a number of open throws. Derrick White (12) was often the last station in this phase and the guard delivered. Dallas found some offense through Dinwiddie, but the Celtics clicked better with the starts. Doncic hit a number of heavy midrange shots, but Boston could live with that. 70:49 at break.

At the same time, Boston also caught a really hot evening from a distance. With the exception of Grant Williams, all role players met their attempts. The guests let their heads hang, it was no longer rotated with the last resort. Brown set to +24 from the corner while three Mavs players covered the empty zone under the basket. But: After a break, a few stops were made and after a 16:5 run it was “only” 101:85 for the Celtics.

And Dallas hadn’t sold yet. Doncic stayed on the field, Boston scored almost exclusively through Tatum’s individual actions. The Slovenian cut to -10 before Brown relieved some pressure with a jumper and an and-1. A Wood dunk pushed the deficit back into single digits, but Boston had luck on his side when Al Horford (14, 4/4 threes) had a very lucky bounce to sink his fourth three of the night. Tatum made everything clear with a powerful dunk shortly afterwards.

NBA: The stats leaders in Celtics vs. Mavericks