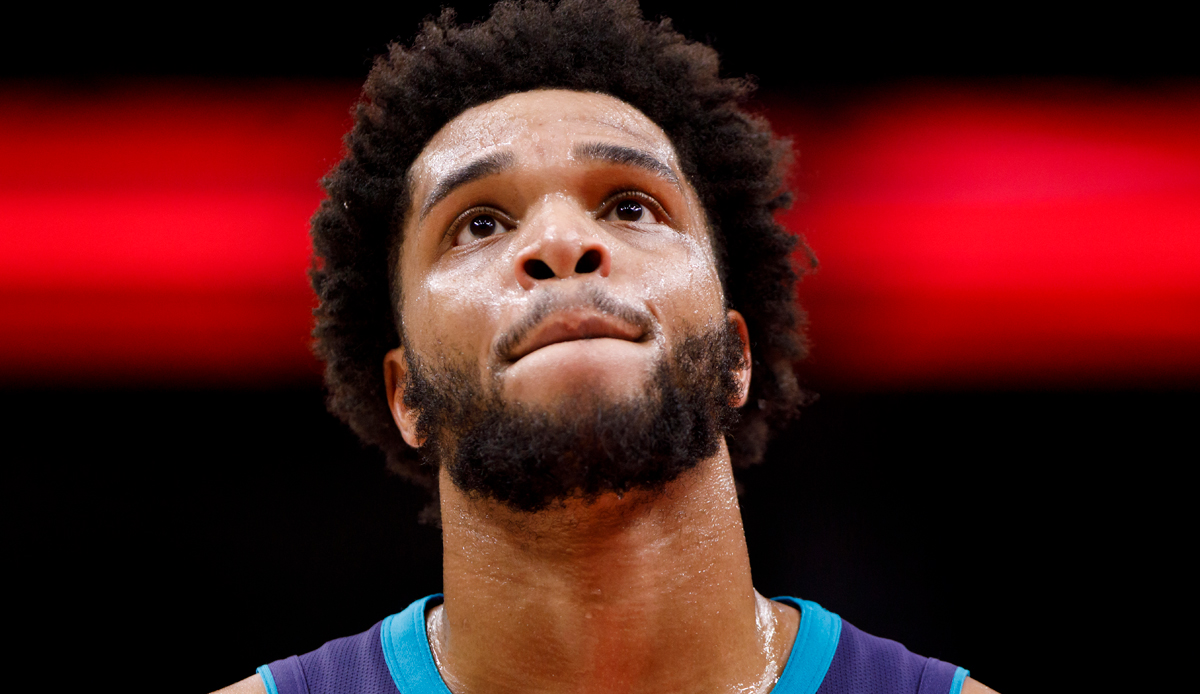 The Los Angeles Lakers may have crucial weeks ahead. If the turnaround does not succeed, the franchise could become active in the trade market. But a free agent could still be brought in. It’s supposed to be Miles Bridges.

Like Jake Fisher (Yahoo Sports) reports, the Lakers may soon be looking at Miles Bridges, who remains a restricted free agent. The forward was accused of domestic violence in the offseason, both parties have now agreed Also Shams Charania (The Athletic) reported a few days ago that both LA and the Detroit Pistons are monitoring the situation around Bridges.

Should either team make an offer, however, the Charlotte Hornets will still have the final say. They still own the rights to the 24-year-old and can take any offer Bridges makes within 48 hours. The forward averaged 20.2 points and 7.0 rebounds last season.

However, due to the domestic violence allegations, Bridges is expected to receive a suspension if he finds a spot in the NBA again. However, it is currently not possible to predict how severe the NBA’s punishment will be.

For the Lakers, however, the weeks of truth are just around the corner. The team of LeBron James and Anthony Davis has two games in San Antonio as well as home games against Indiana and Portland until the end of the month. According to Fischer, if the Lakers do not convince during this stint, there could be movement in the Lakers’ trade activities again.

A bone of contention within the franchise remains whether the Lakers should really use their two remaining first-round picks for 2027 and 2029 to strengthen the team.