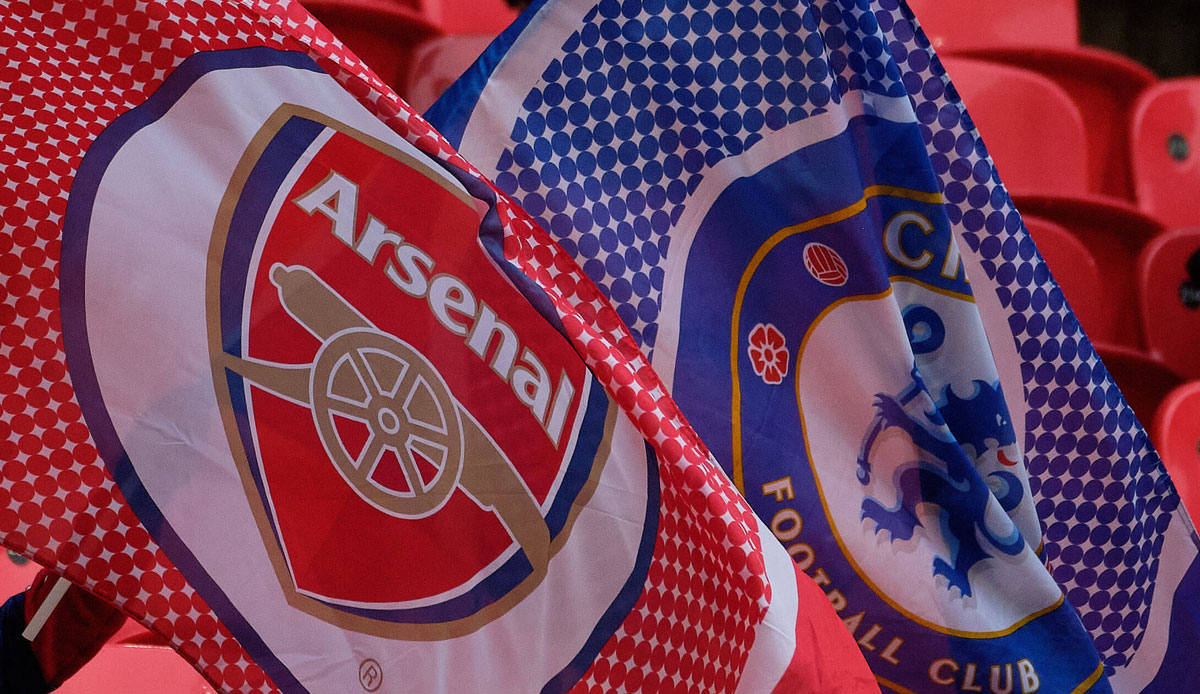 In the midst of dramatic times in Ukraine, Mykhaylo Mudryk has become a footballing hope. The winger has recently excelled for Shakhtar Donetsk and Ukraine and could soon go where many of his country’s top players have gone: the Premier League.

The last few months have been the most difficult in Shakhtar Donetsk’s already turbulent history. But the 13-time Ukrainian champions should be in for a real money rush in the near future as winger Mykhaylo Mudryk is poised to leap into the Premier League.

Until a few days ago, Arsenal was considered a top candidate for the 21-year-old’s commitment, although city rivals Chelsea have now also entered the race and a next meeting with Shakhtar should take place very soon.

Many will know Mudryk not least because of his appearances in the Champions League. For Shakhtar, currently second in Ukraine’s Premier League and eliminated from the top flight by Real Madrid and RB Leipzig, the attacker has scored ten goals and provided eight assists in 18 games so far this season. Of course, Mudryk’s departure would reduce the Donetsk side’s short-term sporting prospects, but the war in Ukraine has eroded Shakhtar’s former business model.

Over the past decade, the club, owned by Rinat Akhmetov, currently the richest Ukrainian, has attracted many talents from Brazil who have made it into the European elite via Donetsk. Prominent examples are Douglas Costa, Fernandinho and Fred. However, after the war broke out, UEFA allowed all players to leave both Ukrainian and Russian clubs, at least on loan. Shakhtar has meanwhile sold many Brazilians, although of course the political and military situation has significantly weakened their own negotiating position with potential buyers.

Mykhaylo Mudryk: Explosiveness in all situations

Most recently, only one Brazilian player was still on the pitch, Lucas Taylor. However, this one is only on loan from PAOK. Shakhtar must now prioritize the promotion of Ukrainian talent even more. Mudryk himself comes from the club’s academy and could follow in the footsteps of some of the fast-moving Ukrainian attackers who have made waves in recent decades, as the young star also brings great speed on the ball. He also has a tremendously explosive style of play that suits a possession team.

In static situations, Mudryk can push into open spaces with just a few steps and leave direct opponents standing. These very attributes have made him immensely valuable to Shakhtar in the league where many teams defend deeply against the series champions. Of course, Mudryk can also shine in transition situations and with a corresponding amount of grass in front of him, but his skills in complex ball possession phases are all the more important, especially for interested parties who normally play a large proportion of the game.

Now there could be the usual concerns because Mudryk has not yet “proven” himself in a top league. However, his appearances in the Champions League were not without reason responsible for the fact that London’s top clubs are trying to win him. As a reminder: Before this season, Bayer Leverkusen, for example, showed interest in the young Ukrainian, but recently he has moved up a few transfer shelves.

A look at the statistical values ​​is also worthwhile in this context, because Mudryk’s numbers in his Champions League appearances this season are impressive. With 1.74 successful dribbles and 2.79 ball contacts in the opposing penalty area over 90 minutes, according to the calculations of FBref.com in the top eleven percent of all midfield players. Of course, what takes him to the top are his scorers – five points in 519 minutes.

As mentioned at the beginning, Mudryk is likely to bring many millions into Shakhtar’s coffers. But that doesn’t mean that those responsible around sports director Darijo Srna will now accept the next best offer. Arsenal’s latest offer is reportedly set at €70.5m. Shakhtar, however, is asking around 100 million.

Such is the gap that it is not easily bridged, even if Mikel Arteta is desperately looking for reinforcements in the hunt for the Premier League title. Chelsea, on the other hand, are said to be ready to pay around €67m excluding bonuses of around €23m. But even that does not meet the requirement.

The club from Donetsk, which has not operated from its actual hometown since 2014, is loud GOALCorrespondent Charles Watts has already decided that the door to a possible January transfer will soon be closed if their own demands are further undercut.

Mudryk himself is very comfortable with a future in London. He makes no secret of this on social media either. Most recently, the 21-year-old has posted multiple stories on Instagram showing him watching Arsenal games – including positive comments about Arteta.