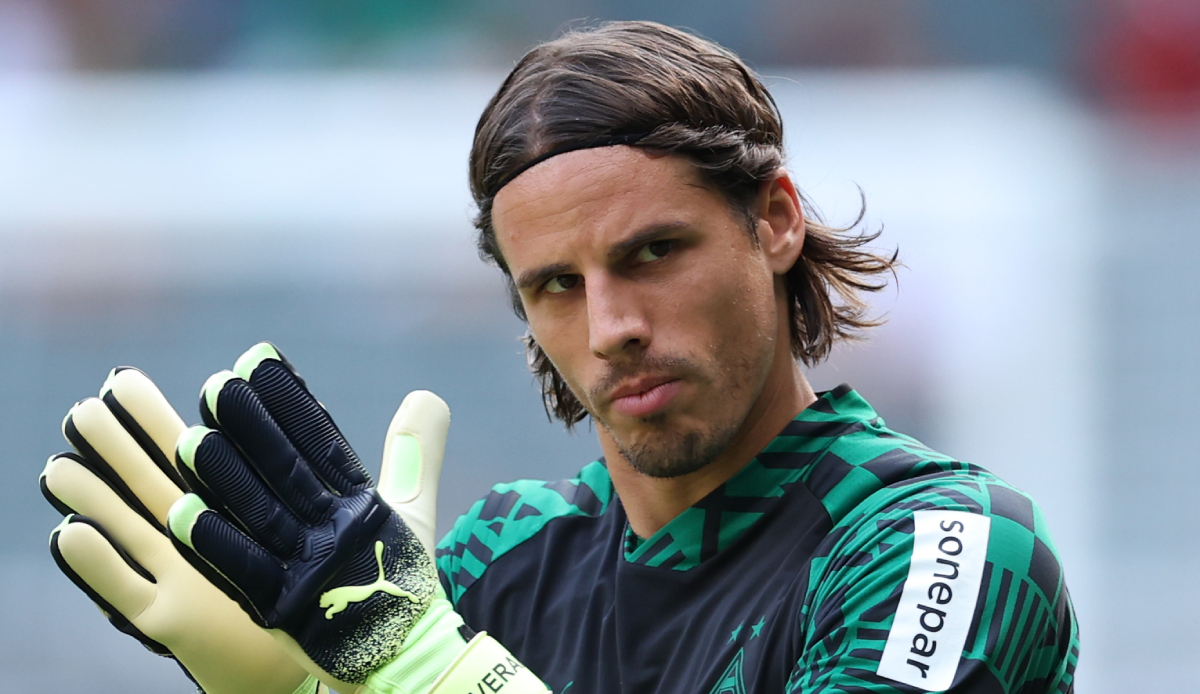 The transfer window in the European leagues is open. Who goes where? Which transfers are fixed? What are the rumours? The news and rumors of January 7th.

VfB Stuttgart have snapped up the 17-year-old jewel from FK Vojvodina. The Serbian talent signed in Swabia until 2027. The deal was initiated by the old sports director Sven Mislintat. However, Milosevic will not join the Bundesliga club until next summer and continue to gain experience at the Novi Sad club.

The striker can then play again there, because when the agreement between the player and VfB became known, there was no more playing time for the attacker, whose contract would not have expired until 2023. The Swabians put 1.2 million euros on the table for the youngster, outperforming other interested parties such as RB Salzburg and Atlético Madrid.

In the search for the next big contract, the management of the Frenchman from Eintracht Frankfurt apparently overdid it with the demands. how sports1 reported, the last traded clubs waved one after the other and refrained from a transfer. FC Barcelona, ​​FC Arsenal, Juventus Turin and FC Sevilla have recently been linked with N’Dicka.

According to the report, the 23-year-old’s advisor is demanding a total package of 50 million euros for his client. This includes: a five-year contract with an annual salary of seven million euros plus a bonus of 15 million euros. The central defender’s contract expires in the summer.

N’Dicka has developed into an absolute pillar at Eintracht and has played a decisive role in the upswing in Hesse. However, the consultant’s exorbitant demands are not an issue for the first time. Talks with Paris Saint-Germain about a transfer are said to have taken place in the fall, and when the request for a premium came up, those responsible at PSG were said to have been so angry that they banned N’Dicka’s advisers from the house.

FC Schalke 04 has secured the services of the left-back. The miners are loaning the Finn from Ligue 1 club Stade Brest until the end of the season. According to reports, there is also a purchase option.

“We are very happy that we were able to win Jere Uronen. Because Thomas Ouwejan is still in the final phase of his rehabilitation, we needed a ready-to-use alternative in the position of left-back with a view to the start of the league,” explained sporting director Peter Knäbel Transfer.

The 28-year-old was not a regular at Stade Brest. He has only made six appearances this season. Maybe that will change to royal blue.

Will the mega transfer of the World Cup discovery still take place in winter? how sky reported, the Argentine and Chelsea are in complete agreement. Benfica also want the deal, which is why the current negotiations are only described as “saber rattling”. With a fee of 120 million euros (exit clause), the 21-year-old would be the most expensive transfer in Premier League history.

On Friday Fernandez was not in the Benfica squad for the game against Portimonense, he had traveled home without approval and had therefore missed a training session. Coach Roger Schmidt announced the consequences and was previously angry about Chelsea’s behavior: “What the club is doing is disrespectful to all of us. I can’t accept that. First driving the player crazy and pretending that you can Paying the clause only to want to negotiate later, I don’t see that as a good relationship between two clubs.”

There is a lot of noise between FC Bayern Munich and Borussia Mönchengladbach sky in the summer cause further standstill. Although there is already a verbal agreement between the keeper and Bayern on a contract until 2025, there is no release from the foals. Negotiations are still pending. On the one hand, there are still small hopes of an extension of the expiring contract, on the other hand, Jonas Omlin, top favorite for the summer successor, has not yet been released by his club HSV Montpellier.

According to tz Sommer’s wish is clear: he wants to move to Munich in the winter, a move abroad is not an option despite interest from Italy, England and Spain. In the second half of the season he wants to deliver the best possible performance for FC Bayern and then hopes for a fair competition with Manuel Neuer, who will then have recovered, in the summer. He has respect for the regular keeper, but not afraid of a possible duel.

It’s not every day that a keeper from Poland is offered to FC Bayern. Franjo Vranjkovic, advisor to the 24-year-old Bosnian, did it anyway. “I’m offering FC Bayern to check goalkeeper Kovacevic,” said the consultant Ippen Media Group quoted. According to him, it is “the best young goalkeeper in Europe”.

Kovacevic is in the box at the Polish league leaders Rakow Czestochowa and has only passed 12 times in 17 games. “An English club would buy him immediately and loan him to Bayern Munich,” Vranjkovic continued. “Steel-hard nerves, responsiveness on the line and the enormous personality structure, no one is better.”

Will there soon be a decision in poker about the attacker? According to sports1 Moukoko’s side submitted a counter-offer to BVB. Those responsible in Dortmund therefore want to start talks with the consultants in the training camp in Marbella and then also hope to finally be able to conclude the negotiations.

Previously, both parties could not agree on a contract extension. The last offer from Borussia – three million euros plus bonuses – was not enough for the 18-year-old. The international’s contract ends in 2023. If an extension fails, two heavyweights in Chelsea and Barcelona are after Moukoko.

The Frenchman apparently wants to move to FC Barcelona. According to a report by table football the defender’s environment is said to have already contacted Barca. The Catalans are also said to be interested.

Pavard is probably not satisfied with his role as a full-back at Bayern and would rather play in central defence. That’s why the 26-year-old is apparently toying with saying goodbye to Munich. However, Barca are actually looking for a right-back.

What will happen to the Wolfsburg player, who was last in the starting XI in September and then mostly played no role at all? He was substituted on once in the current preparation and is allowed to leave the club. But where to? With AC Monza, a Serie A club was traded as a buyer, but another player seems to be preferred there in Darko Lazovic.

Brekalo is absent from the training camp, apparently due to illness, like him table football reports that a move to Spain to Getafe or San Sebastian fails because of the salaries that can be paid there. In any case, it wouldn’t be three million euros like in Wolfsburg. Brekalo’s hometown club Dinamo Zagreb should now be in the raffle, too, where he would have to put up with different financial conditions.

The 1998 world champion remains France’s national coach. The association announced on Saturday that the 54-year-old has signed a contract until the 2026 World Cup in Canada, Mexico and the USA. A few days after the defeat in the World Cup final against Argentina, the coach met with the association’s president, Noël Le Graët. The basis for the extension was laid in the talks.

Deschamps’ contract expired after the World Cup in Qatar and a possible successor, Zinédine Zidane, was already being discussed. But the former teammate remains without a coaching job for the time being.