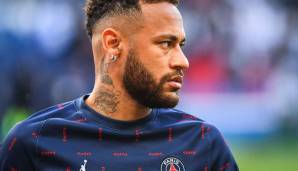 Paris Saint-Germain would like to get rid of superstar Neymar this summer, but the club has yet to discuss the matter with the Brazilian himself. According to information from SPOX and GOALThe 30-year-old doesn’t want to leave the Parisians, but he is aware that a transfer could ultimately take place.

The topic of Neymar exit surfaced in the French media last week while Neymar himself is still on vacation in Brazil.

However, the big problem for the Parisians will be finding a buyer for the offensive star, for which the club paid the world record fee of 222 million euros in 2017. PSG prefer to sell Neymar, who is still under contract with the club until 2025. If a buyer is interested in a loan, he would have to pay the Brazilian’s entire salary.

Neymar sees a return to FC Barcelona and a move to the English Premier League as his two best options. However, due to the Catalans’ bad financial situation, a second engagement in Barcelona is ruled out.

This leaves him only a change to the island. Some Premier League clubs have already made contact, but there are no concrete negotiations yet. Neymar is aware that his next career move needs to be carefully considered.

Because he has his eye on the World Cup in the coming winter, where he wants to go for the title again with the Selecao. He is keen to avoid a long-running transfer saga like the summer of 2019 when he was desperate to return to Barca in the run-up to the World Cup – as well as a hasty decision if he accepts a PSG exit.