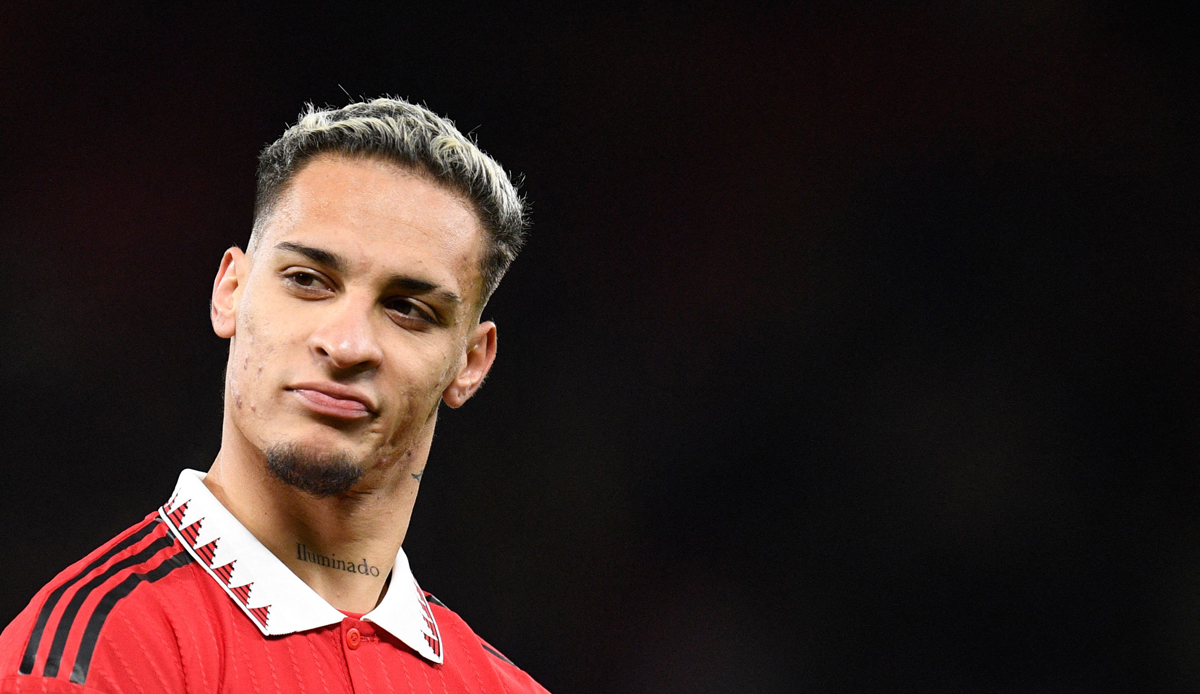 Brazilian winger Antony has plenty of flair but his effectiveness is beginning to be viewed with concern at Manchester United.

Antony’s highlight clip of the 2021/22 season went viral overnight when he first appeared in rumors as a Manchester United transfer target last summer. The video uploaded to YouTube by MShowis packed with his best moments for Ajax and Brazil, in which a whole host of defenders are embarrassed by his almost outrageous skills.

The Antony video shows a player capable of changing a game on the fly – a player who has an incredibly strong left foot that can deliver spectacular goals and passes. Those who saw the video certainly didn’t look too surprised when United finally paid Ajax €95m to bring Antony to Old Trafford.

The 22-year-old also benefited from a glowing report card from Erik ten Hag, who mentored him at the Johan Cruyff ArenA for two years. The ex-Ajax boss said after the presentation of Antony MUTV: “He’s a fighter, someone who really wants to win games. I like that.”

“He likes to dribble, he can make the last pass, he can score goals. I think the fans will love him and the way he plays,” added ten Hag.

Antony has undoubtedly proved once again that you should never judge a player by a highlight clip. He may have scored 24 goals and provided 22 assists in 82 games for Ajax, but United have not signed a winger who has remotely fulfilled his potential.

Under ten Hag, the Red Devils have undeniably made tremendous progress, becoming title contenders again and reaching the semi-finals of the League Cup and the knockout stages of the Europa League. Antony has contributed five goals in total and has shown that he is a ‘fighter’ as ten Hag presented him in the summer.

The Brazil international worked tirelessly in United’s 3-2 defeat by Arsenal on Sunday, helping Aaron Wan-Bissaka work his compatriot Gabriel Martinelli down the left flank. On the offensive, however, he was completely ineffective. Several of United’s promising attacks bogged down as he either played the wrong pass or went inside and lost the pace of the attack.

Antony at ManUnited: “Amazing for a Brazilian!”

Arsenal didn’t have to put as much effort into Antony as United did into Martinelli. Oleksandr Zinchenko wasn’t even remotely tested at left-back. The former Ajax star obviously lacks speed, rarely getting past his opponents. It’s easy for experienced full-backs to slow him down.

“What’s worrying about Antony for me is that he can’t get past anyone – and that’s amazing for a Brazilian! I saw clips of him when he was at Ajax where he was someone who passed people,” United said -Legend Rio Ferdinand on his YouTube-Channel FIVE.

“I saw Thomas Partey – who I wouldn’t exactly call a sprinter – run past him and I thought: ‘Wow, Antony’s not very strong!'” said Ferdinand. “When I played with Nani, Cristiano Ronaldo, Ryan Giggs and Antonio Valencia, even Ji-Sung Park got past the full-back. Not only by going straight past them, but he also got past with a one-two. I want to do that of Antony,” he added.

Ajax have sold Antony well above his market value

Antony has shown rudiments of the dribbling skills that made his name at Ajax, but rarely anything constructive follows. At the beginning of the season he was criticized for his unnecessary tricks, but now his whole game is in focus.

United were in dire need of a right winger in the summer as Marcus Rashford and Jadon Sancho are both stronger on the left and opted for Antony in place of Cody Gakpo, who joined Liverpool from PSV earlier this month.

Gakpo may have cost Liverpool just €50m, almost half the amount United paid for Antony, but there is no apparent class difference between the two. It is now clear: Ajax sold him well above his market value.

It has even been reported that United officials have admitted they paid too much for Antony. The Brazilian is the fifth most expensive player in British football history, behind Jack Grealish, Romelu Lukaku, Paul Pogba and Chelsea newcomer Mykhailo Mudryk.

A source at the club said in December ESPN: “We paid a lot for the player he can become, not for who he is now.”

Antony’s one-footedness – he does everything with his left hand – is becoming a major problem for United, who currently have no other options on the right wing. However, Jadon Sancho may get a second chance at the position when he returns to the squad after his self-inflicted break.

Arjen Robben, despite the same one-footedness, became one of the all-time best wingers as defenders could never stop him turning the ball inside out and hitting the goal from every possible angle and distance. Whether Antony can follow a similar career path is currently questionable and remains to be seen.

Antony himself emphasized that he is hard on himself, but he also said that he does not pay attention to outside criticism.

“I’m really asking a lot of myself, regardless of what people say about me,” Antony said TNT Sportsafter ending an 11-game goal drought against Everton in the third round of the FA Cup. “I only listen to helpful feedback. Because if even Jesus couldn’t please everyone, who am I to try now?” he asked.

Antony doesn’t have to please everyone, but to stay in ten Hag’s starting XI and not go down in history as the biggest transfer flop of the 2022/23 season, he’ll need to prove he can not only pull tricks but make a valuable contribution at United can deliver.